Luxury, exhilaration, elegance… Nothing says Hollywood quite like a Jaguar sports car or Land Rover SUV. It’s no coincidence that Jaguar Land Rover cars often feature in films and television…

We’ve picked our top 10 favourite Jaguar Land Rover movie cars. The question is, which one would you most like to drive?

Shaun of the Dead tells the story of two sluggish friends battling some even more sluggish zombies. But there’s nothing lethargic about their mode of transport: the classic Jaguar XJ12. Our two protagonists are able to collect their friends and family and (mostly) escape the increasing threat of the undead thanks to this exhilarating and classy set of wheels. Land Rover Special Vehicle Operations made three unique Land Rovers for Angelina Jolie’s Tomb Raider film back in 2000. The pick of the bunch is this Defender TDS 110, which boasts a 3.5 V8 engine and custom paint finish, making it the perfect 4×4 for the adventurous heroine.

James Bond has always had exquisite taste when it comes to cars and gadgets, but it was actually the villain’s choice of ride for Die Another Day that caught the eye of keen motorists. The 2002 Jaguar XKR was fitted with a gun, thermal imaging, mortar bombs and rockets.

This is not the first time Jaguar has been affiliated with villains; it based an advertising campaign starring Tom Hiddleston, Ben Kingsley and Mark Strong off the back of its cars’ cinematic impact. 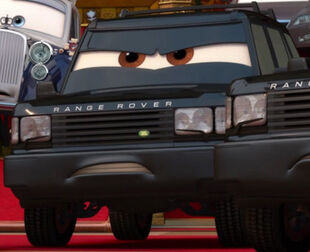 A unique addition to our list, Gearett Taylor is a Range Rover that exists only in animation. That’s right, he was one of the characters in Disney Pixar’s Cars 2. Spotted in London, Gearett is a Range Rover painted entirely in black.

A timeless classic and everyone’s favourite around Christmas, Love Actually captured the hearts of movie-lovers thanks to its heart-warming story and characters. But it wasn’t just Hugh Grant and Kiera Knightley that fans fell head over heels for; Jaguar fans will also still remember the stunning Jaguar XJ-S that features throughout the flick. Regarded as one of the best British thrillers of its time, Get Carter wowed audiences thanks to gritty drama and strong performance from Michael Caine. Another superb performer in the movie is the formidable 1958 Land Rover 109 Series II Station Wagon, which features in an electrifying criminal chase scene.

Speaking of Michael Caine… The iconic British actor has been lucky enough to drive many phenomenal vehicles throughout his time in Hollywood, another of which being the 1961 Jaguar E-TYPE. Caine took to the wheel of this sensational classic car in one of his most notorious roles, as Charlie Croker in 1969’s The Italian Job.

A worthy entry that you definitely won’t recognise from being on the roads: the 2139 City Cab. Designed especially for the film, Land Rover’s 2139 City Cab is essentially a fortress on wheels, built to withstand the hostile threats of ‘Mega City One’ – formerly New York.

Gadgets… great action… There are many things to get excited about when it comes to James Bond, but the real star of the show in 2015’s Spectre has to be the Jaguar CX-75. The explosive hybrid sports car produces 778 horsepower, which certainly comes in handy when the villain of the film is chasing James Bond’s Aston Martin around Rome. 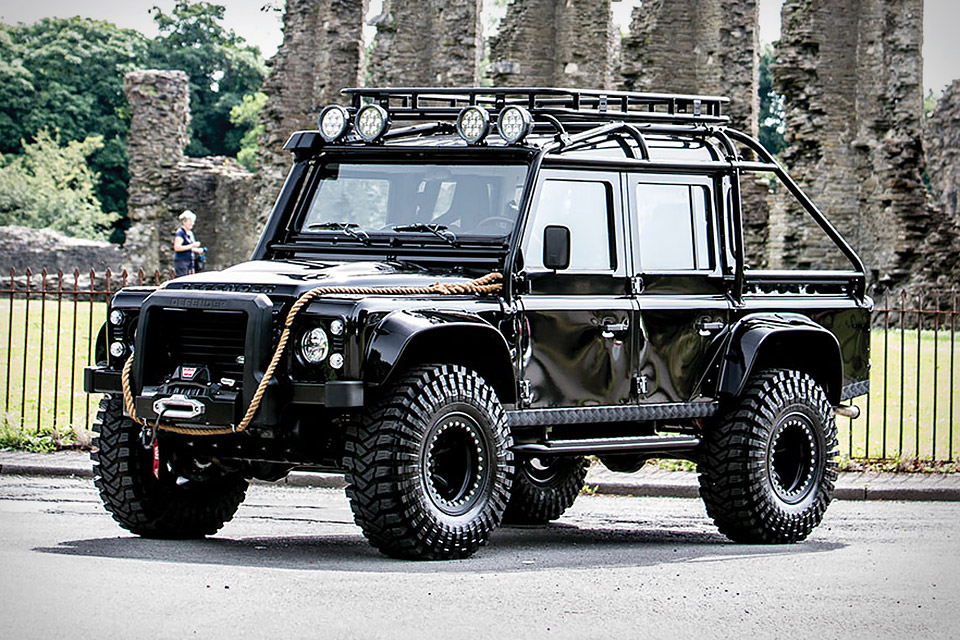 Competing against the Jaguar CX-75 for the star of the show title in Spectre is the rugged, rough and ready Defender SVX. Used by the Spectre members in the Austrian Alps, this iconic Defender was built by Special Vehicle Operations, and is equipped with 37-inch tyres, 500Nm of torque and 185bhp.

You don’t need a camera crew or visual effects to feel like a movie star. Feel a million dollars every day – whether you’re off on a weekend road trip or simply commuting to work. How? By getting behind the wheel of a vehicle fit for every scene.

Explore our Jaguar offers and Land Rover deals before visiting one of our state-of-the-art Lincolnshire showrooms to start your adventure.

Martin Duckworth Ltd is an Appointed Representative of Automotive Compliance Ltd, which is authorised and regulated by the Financial Conduct Authority (FCA No 497010). Automotive Compliance Ltd’s permissions as a Principal Firm allows Martin Duckworth Ltd to act as a credit broker, not as a lender, for the introduction to a limited number of finance providers and to act as an agent on behalf of the insurer for insurance mediation activities only.